18+ Amazingly Beautiful Fairy Tale Villages That You Can Actually Visit

Ever have one of those days when you just want to escape your life and disappear into a fairy tale world? Well, you'll be glad to hear that it's entirely possible to do! Here are a few for the short-list. 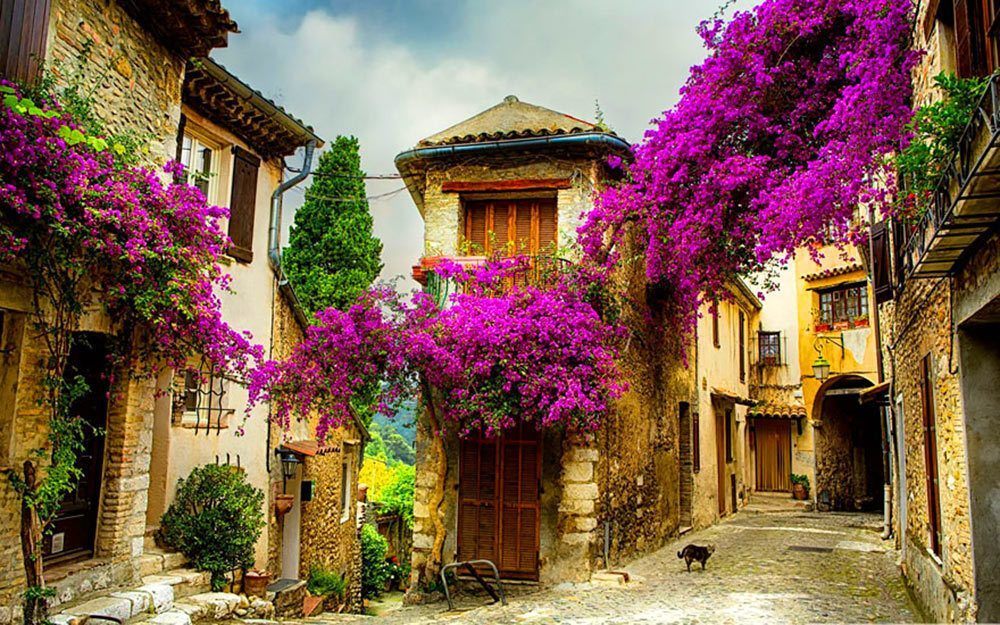 Provence, a region in southeastern France bordering Italy and the Mediterranean Sea, is known for its diverse landscapes, from the Southern Alps and Camargue plains to rolling vineyards, olive groves, pine forests and lavender fields. To the south is the Côte d’Azur (or French Riviera), where the elegant city of Nice and glamorous resort towns such as Saint-Tropez and Cannes line the coast. 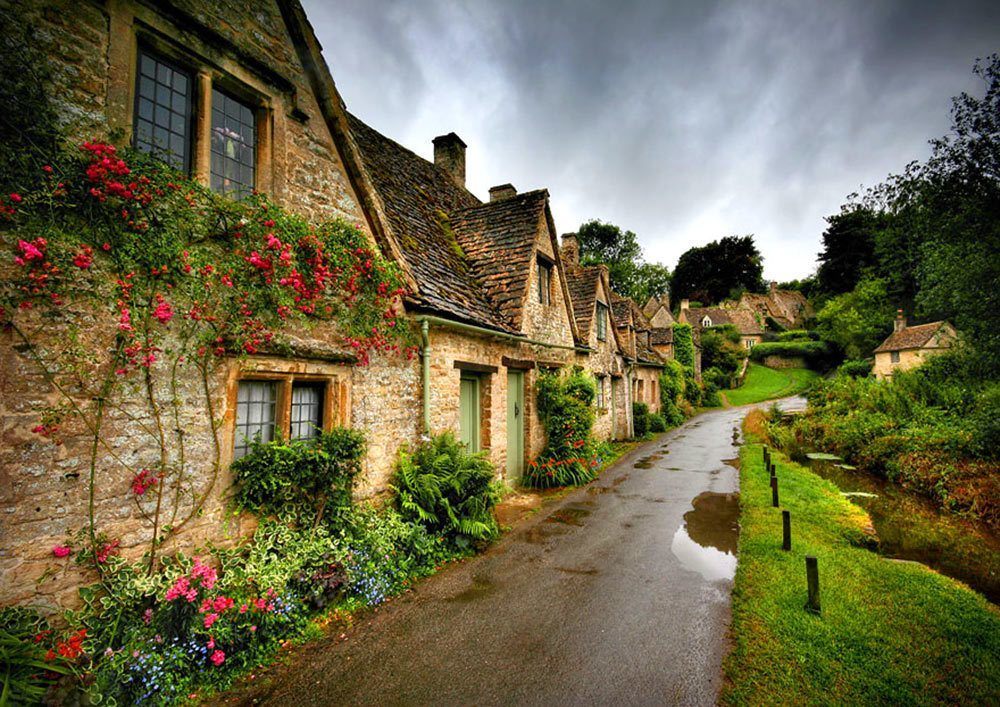 Bibury is a village and civil parish in Gloucestershire, England. It is on both banks of the River Coln which rises in the same District and which is a Thames tributary. The village is centred 6 ¹⁄₂ miles northeast of Cirencester. 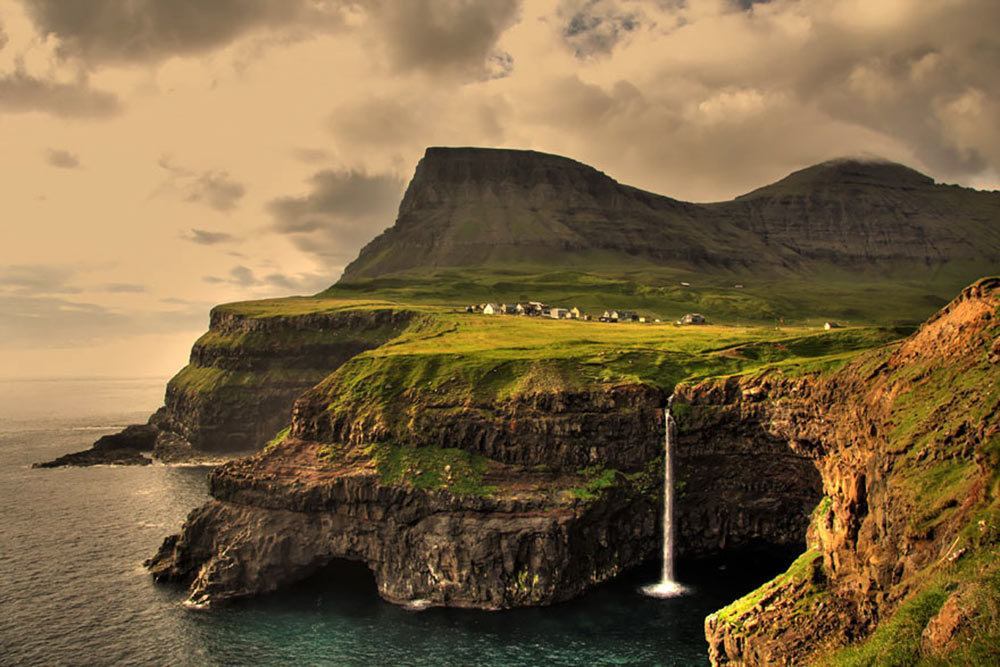 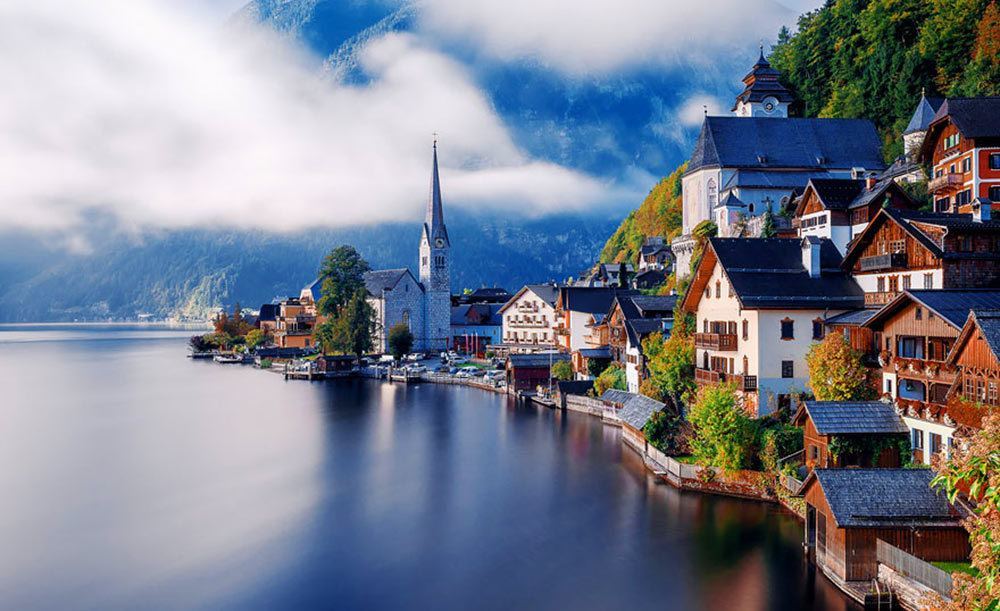 Hallstatt is a village on Lake Hallstatt’s western shore in Austria’s mountainous Salzkammergut region. Its 16th-century Alpine houses and alleyways are home to cafes and shops. A funicular railway connects to Salzwelten, an ancient salt mine with a subterranean salt lake, and to Skywalk Hallstatt viewing platform. A trail leads to the Echern Valley glacier garden with glacial potholes and Waldbachstrub Waterfall. 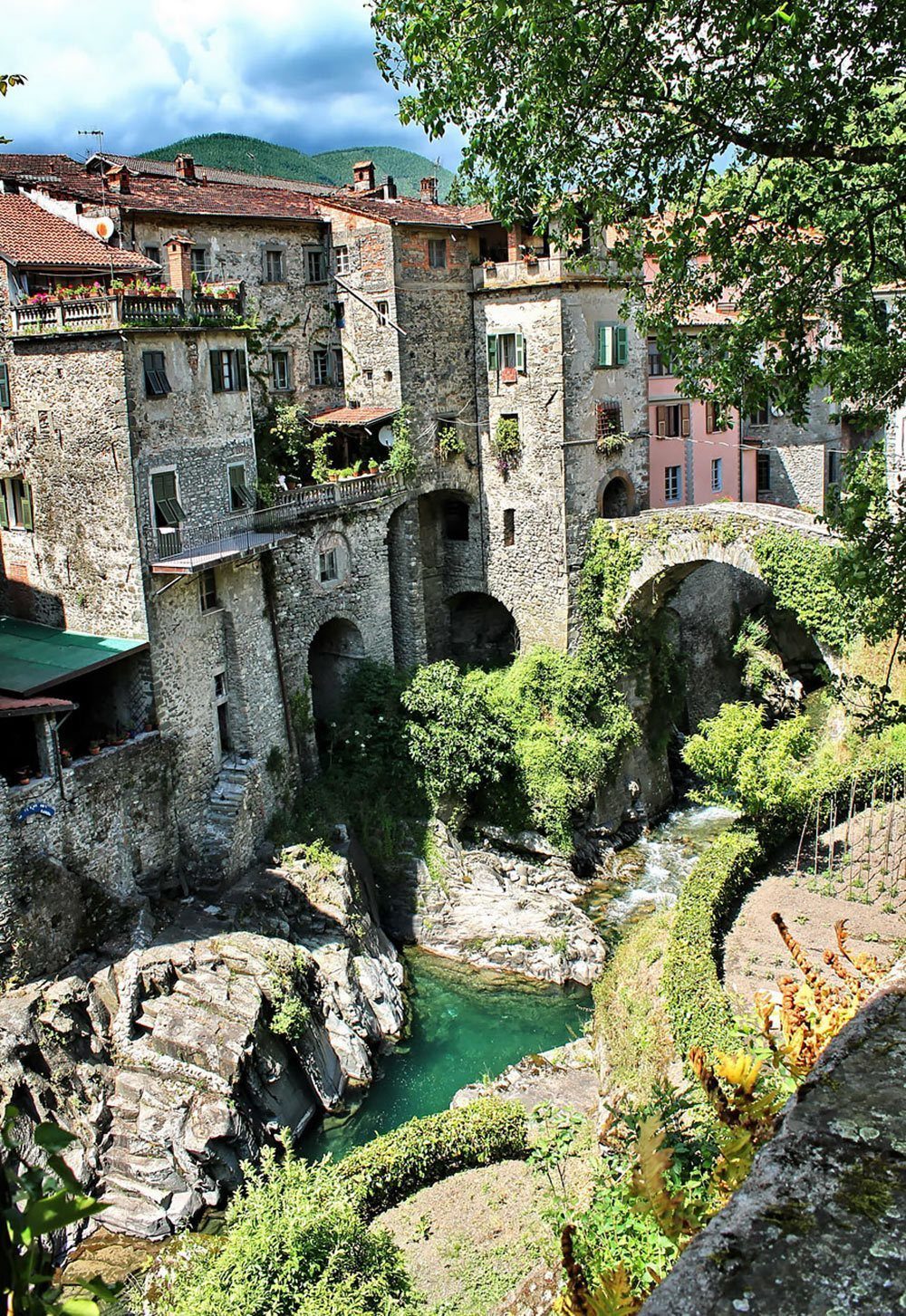 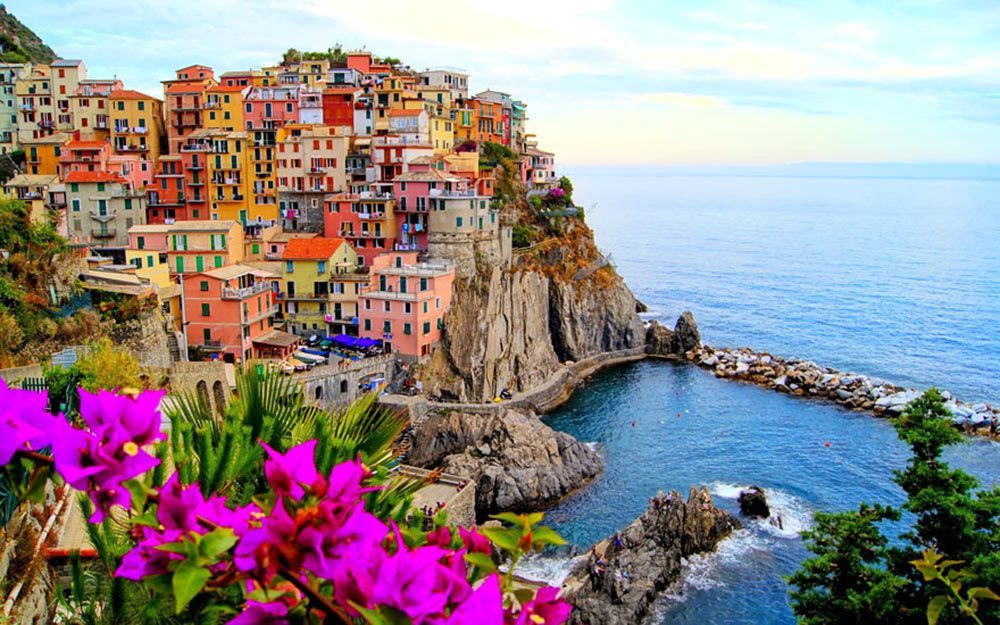 Manarola is a small town, a frazione of the comune of Riomaggiore, in the province of La Spezia, Liguria, northern Italy. It is the second-smallest of the famous Cinque Terre towns frequented by tourists. 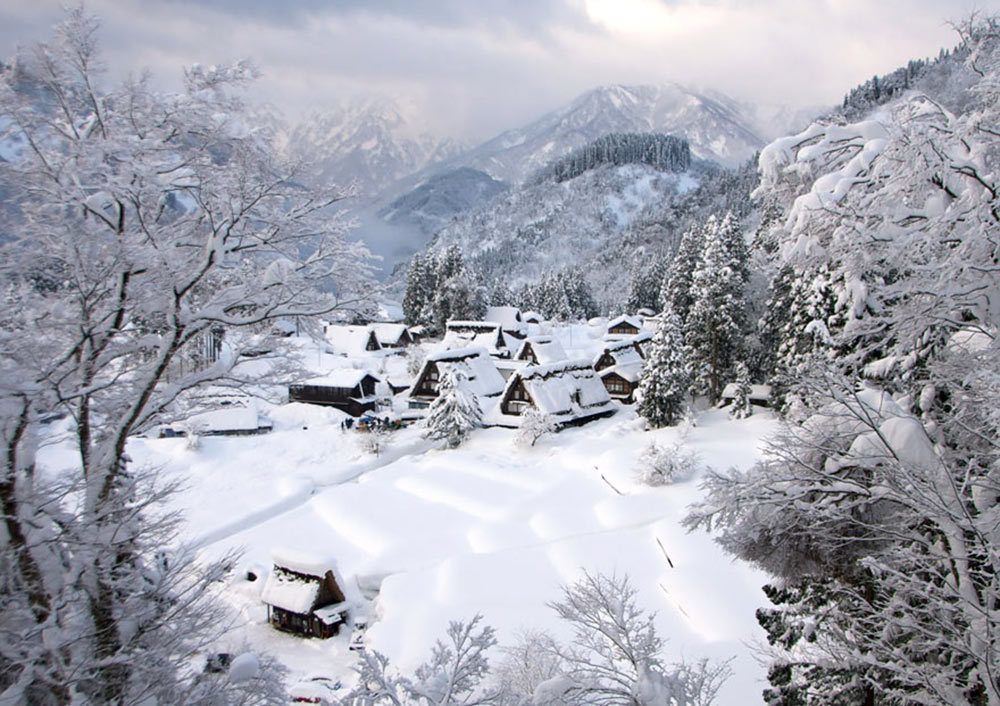 Gokayama is an area within the city of Nanto in Toyama Prefecture, Japan. It has been inscribed on the UNESCO World Heritage List due to its traditional gasshō-zukuri houses, alongside nearby Shirakawa-gō in Gifu Prefecture. 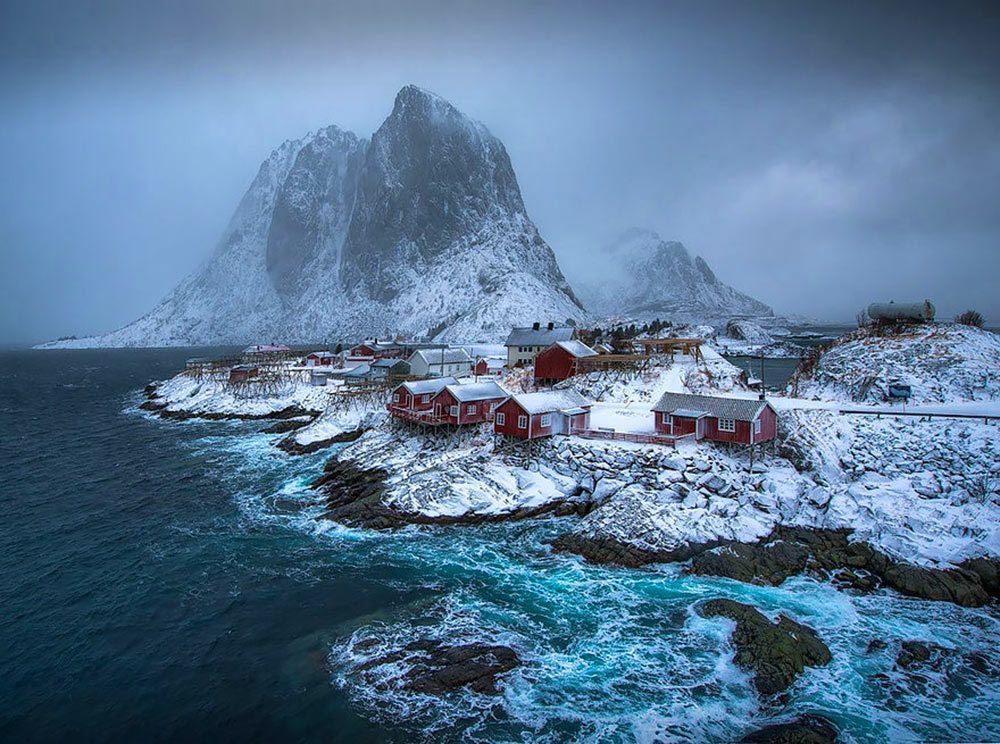 Hamnøy is a small fishing village in the municipality of Moskenes in Nordland county, Norway. It is located on the eastern side of Moskenesøya, about 1.5 kilometres northeast of Reine, along the Vestfjorden.

The Shengsi Islands or Archipelago are part of the Zhoushan Archipelago and located south of the mouth of the Yangtze. They comprise 394 islands, each with an area larger than 500 square metres, but of which just 18 are inhabitable. 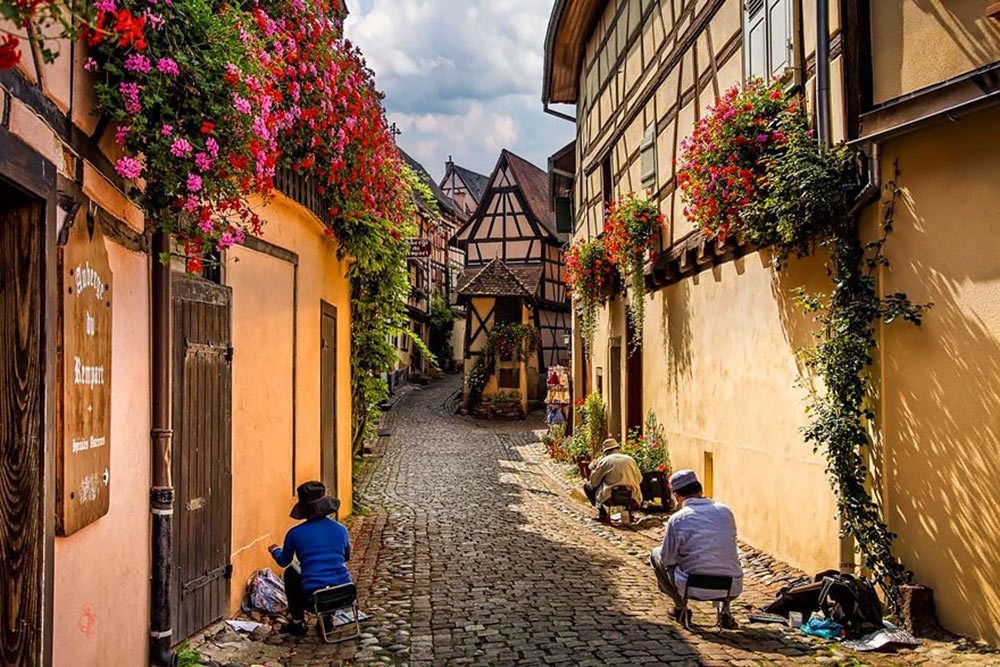 Eguisheim is a medieval village in France’s Alsace wine region. The narrow, concentric streets of its old town are lined with many preserved half-timbered houses. The central Château Saint-Léon is a centuries-old castle. Southwest at Husseren-les-Châteaux are the ruins of the Three Castles of Eguisheim, which date from the Middle Ages. Northwest is Hohlandsbourg Castle, with formidable ramparts. 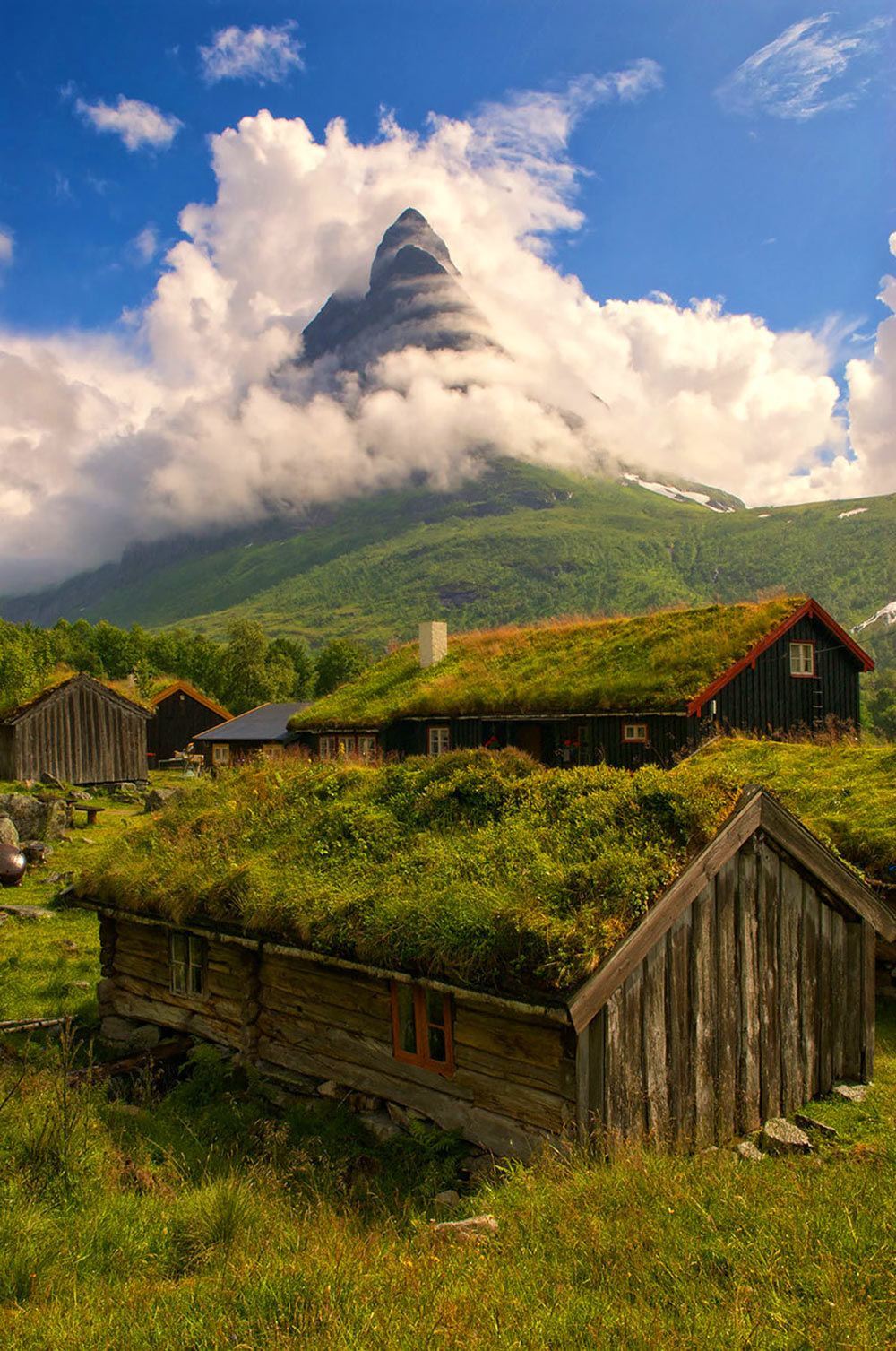 Sunndalsøra is a town and the administrative centre of Sunndal Municipality in Møre og Romsdal county, Norway. 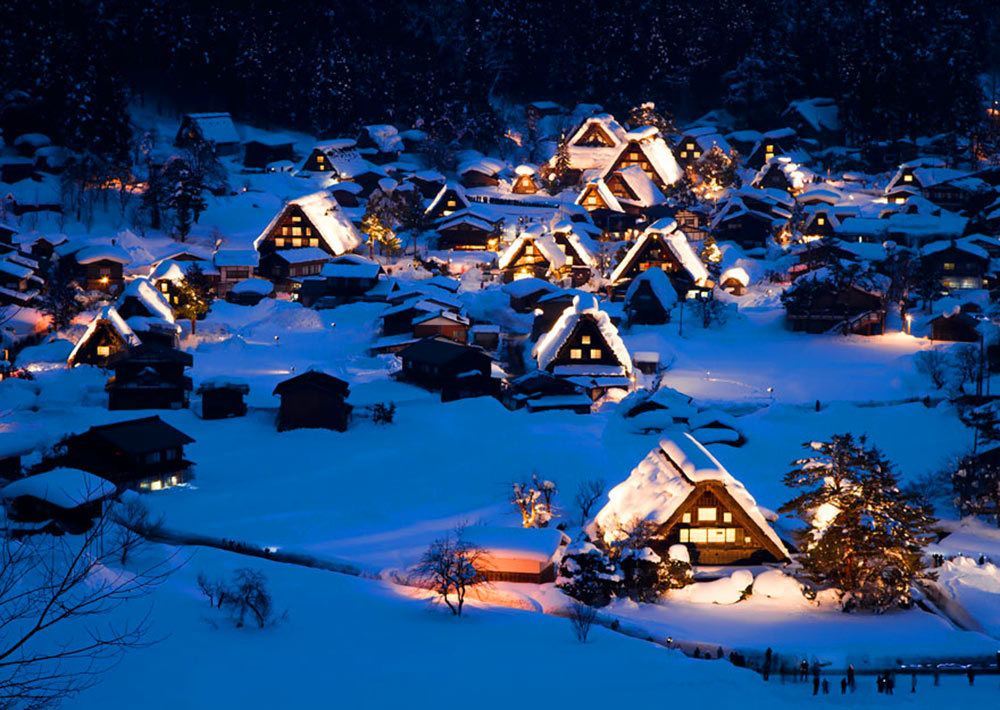 Shirakawa is a village located in Ōno District, Gifu Prefecture, Japan. It is best known for being the site of Shirakawa-gō, a small, traditional village showcasing a building style known as gasshō-zukuri. 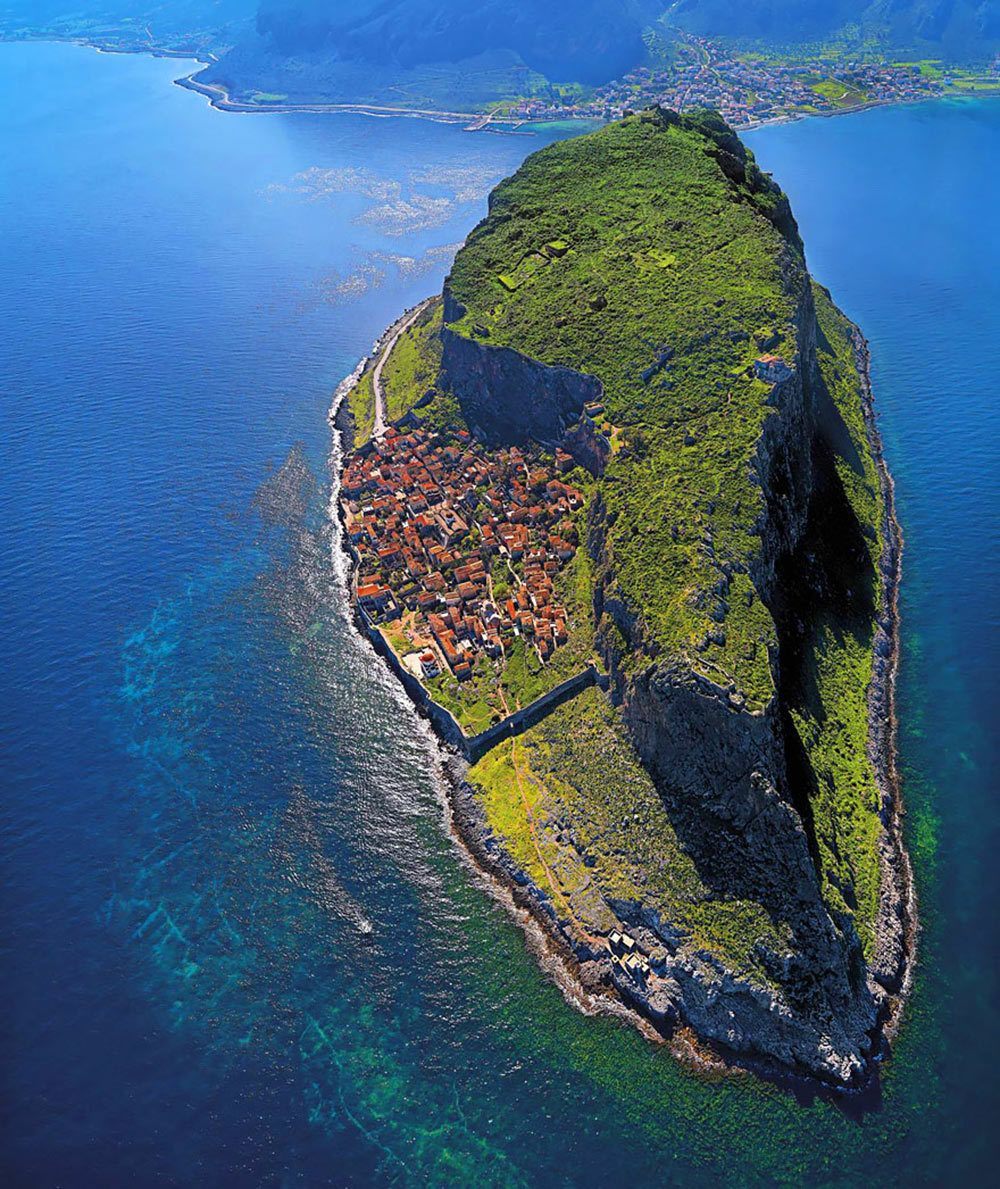 Monemvasia is a town and a municipality in Laconia, Greece. The town is located on a small island off the east coast of the Peloponnese. The island is linked to the mainland by a short causeway 200m in length. 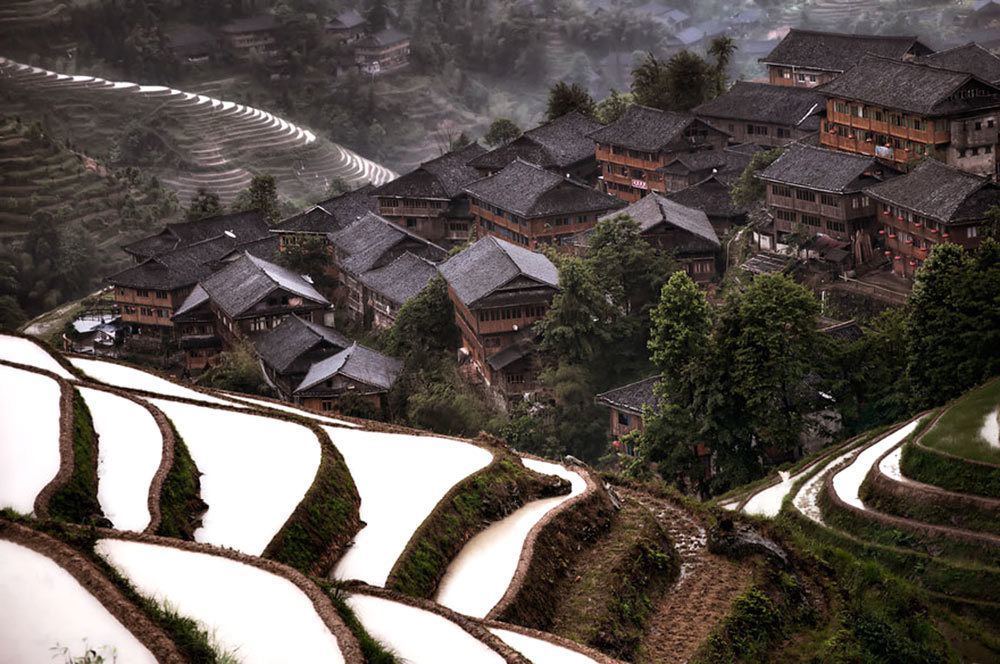 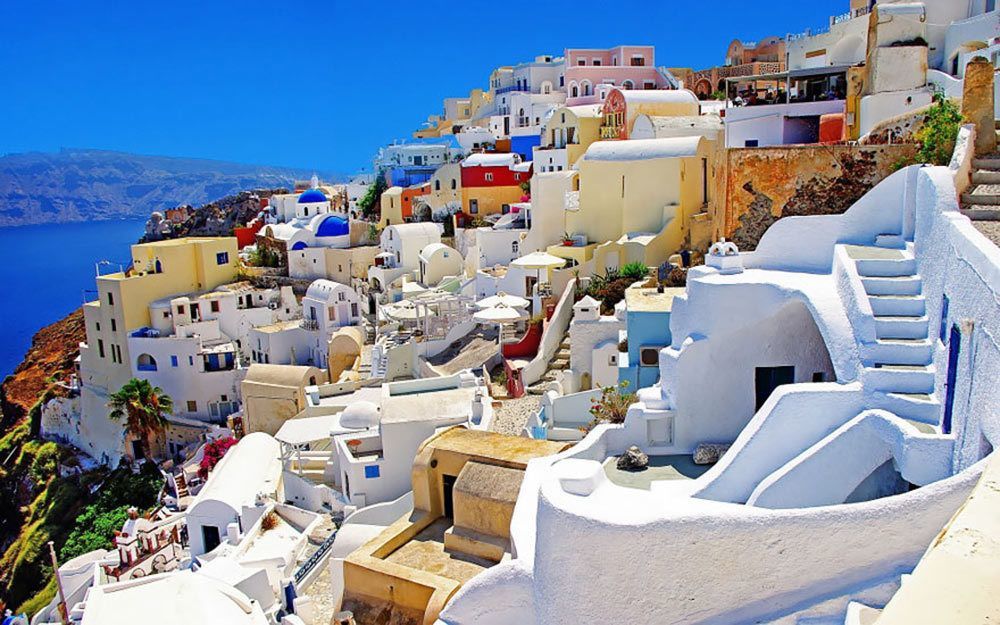 Oia is a coastal town on the northwestern tip of Santorini, a Greek Aegean island. The town has whitewashed houses carved into the rugged clifftops, and overlooks a vast caldera filled with water. In a 19th-century mansion, the Naval Maritime Museum has exhibits on local seafaring history, including old figureheads, sailors’ chests and models of old ships. Nearby is the ruined Oia Castle, known for its sunset views. 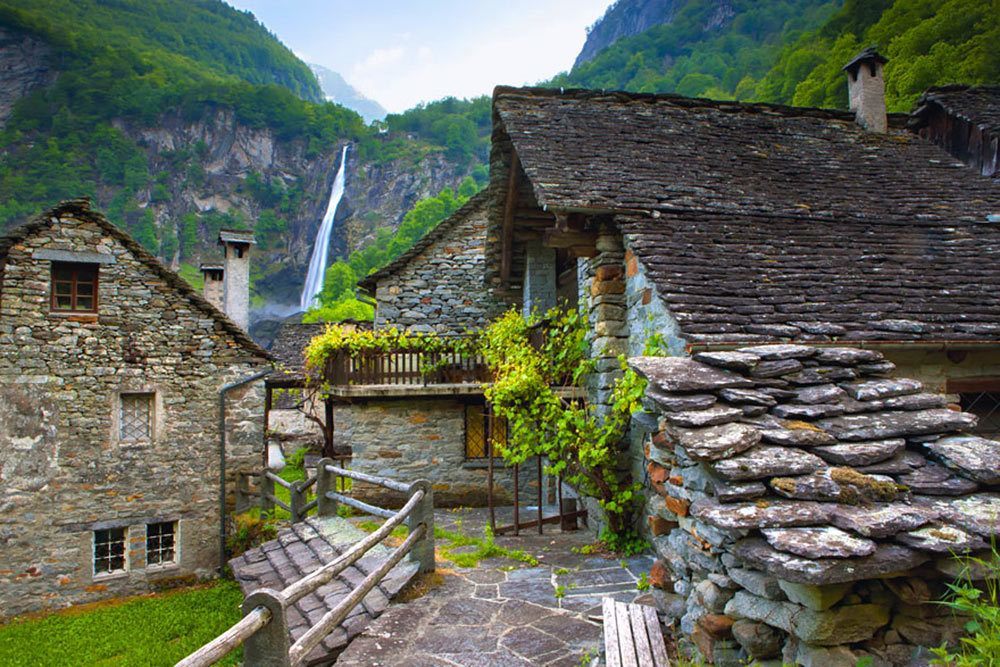 Cevio is the capital of the district of Vallemaggia in the canton of Ticino in Switzerland. On 22 October 2006 Cevio grew by incorporating the villages of Bignasco and Cavergno, previously municipalities in their own right. 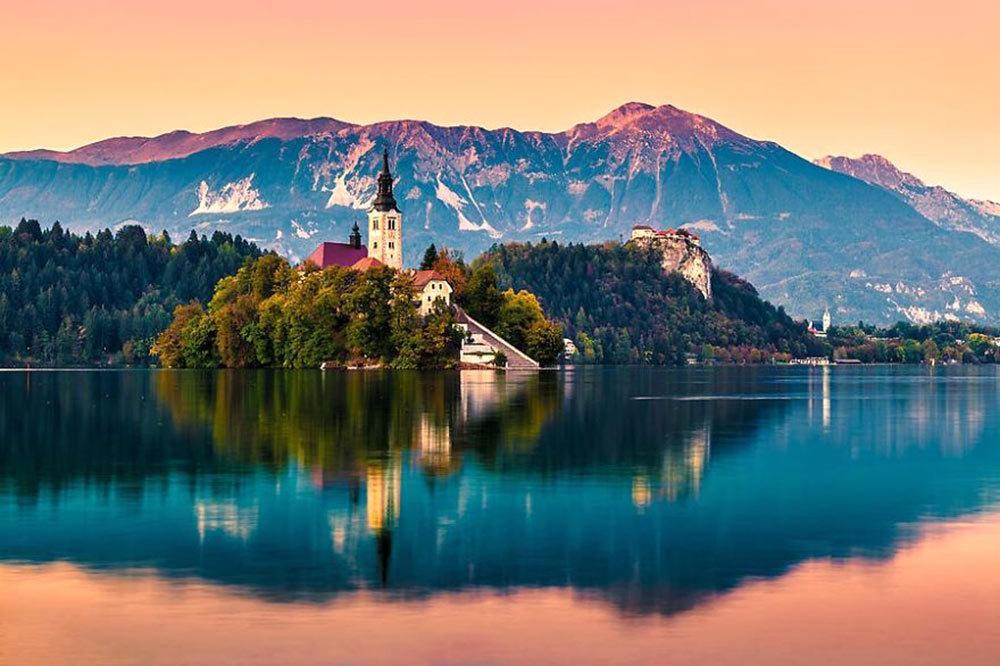 Bled, a Slovenian resort town in the foothills of the Julian Alps, is set along the glacial Lake Bled. On a cliff overlooking the lake is the 11th-century Bled Castle, which houses a museum, chapel and printing press. Atop a small island in the lake’s center is the Pilgrimage Church of the Assumption of Maria, with its steep staircase and bell tower.

Venice, the capital of northern Italy’s Veneto region, is built on more than 100 small islands in a lagoon in the Adriatic Sea. It has no roads, just canals – including the Grand Canal thoroughfare – lined with Renaissance and Gothic palaces. The central square, Piazza San Marco, contains St. Mark’s Basilica, which is tiled with Byzantine mosaics, and the Campanile bell tower offering views of the city’s red roofs. 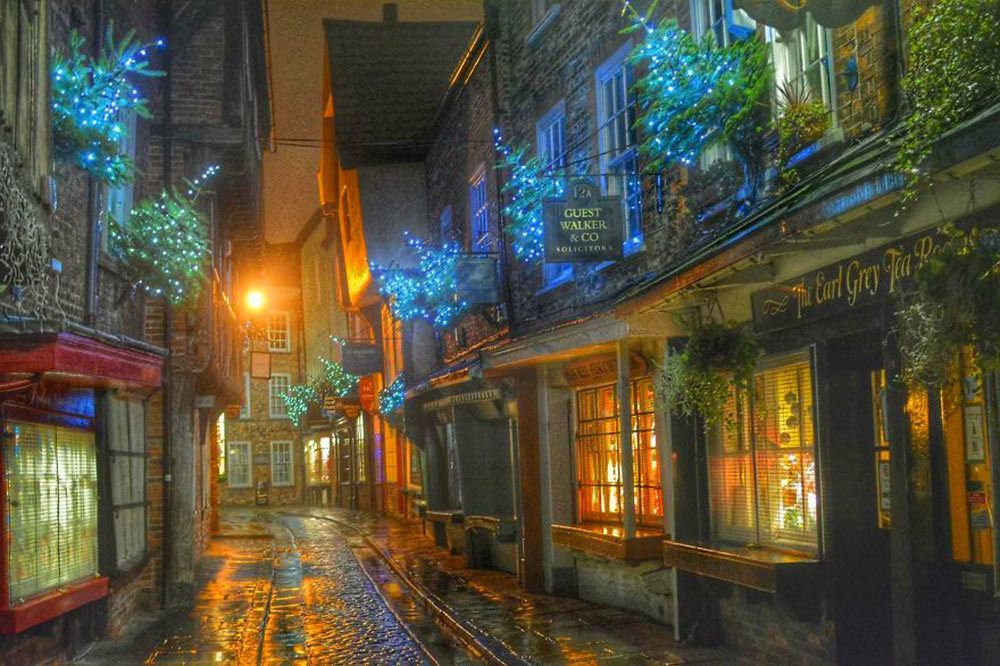 York is a walled city in northeast England that was founded by the ancient Romans. Its huge 13th-century Gothic cathedral, York Minster, has medieval stained glass and 2 functioning bell towers. The City Walls form a walkway on both sides of the River Ouse. The Monk Bar gate houses an exhibition tracing the life of 15th-century Plantagenet King Richard III. 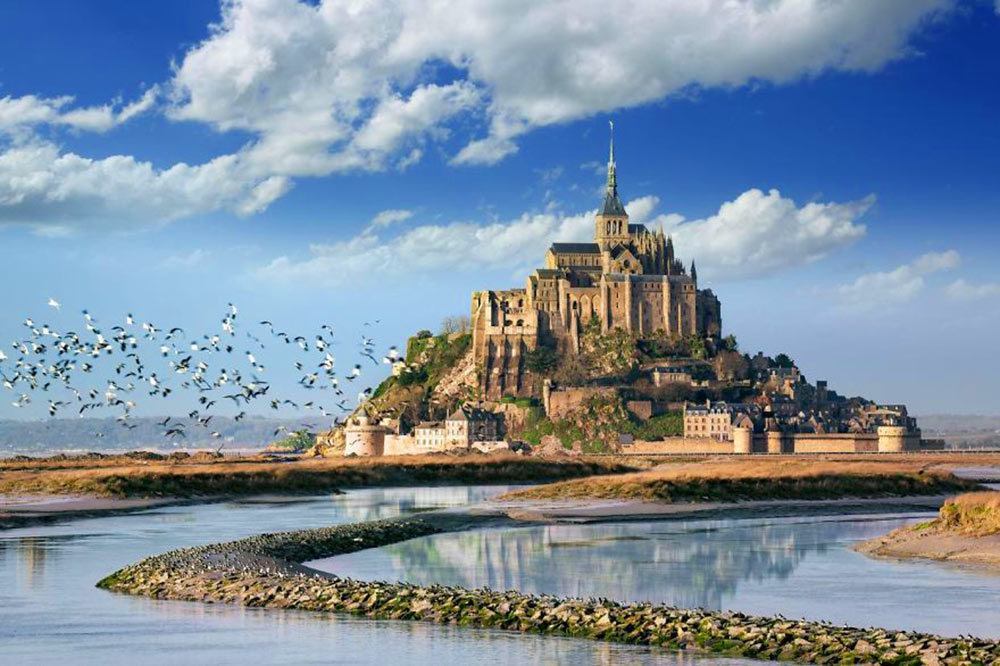 Le Mont-Saint-Michel is an island and mainland commune in Normandy, France. The island is located about one kilometre off the country’s northwestern coast, at the mouth of the Couesnon River near Avranches and is 7 hectares in area.