Photographer Anna Angenend and artist Amy Snyder combined their talents to create a photo series about the magical places children go to in their imagination!

This photo series was originally inspired after photographer Anna Angenend‘s little girl Mia started talking about her “scary yellow monster” one morning. Later that day she said he wasn’t so scary, he just needed a friend. At bedtime that evening, Mia told her mother, “he would not brush his teeth because he LOVES his cavities”. 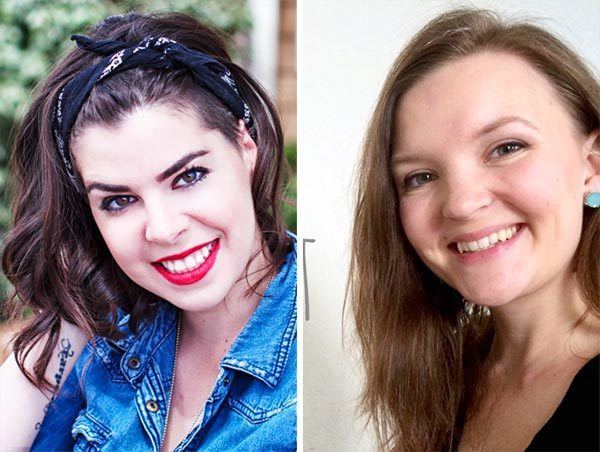 Anna wanted to draw this monster and add it to an image, but she knew her drawing skills were pretty awful, after all, she’s a photographer and really good at it too. Artist Amy Snyder came to the rescue, and created “Zasby” the scary yellow monster. That was the beginning of the series, and they’ve enjoyed eavesdropping on their kids playtime to get inspiration for all the other monsters!

Anna and Amy hope that people will fall in love with the characters as much as the images. Take a look and tell us what you think in the comments below!

Photographer Anna Angenend and artist Amy Snyder combined their talents to create a photo series about the magical places children go to in their imagination!

When Melvin made it to Earth, he wanted to show his appreciation to the Moon for helping him find his way, so he was more than happy to assist Mia in inviting the Moon to her New Years Eve party. 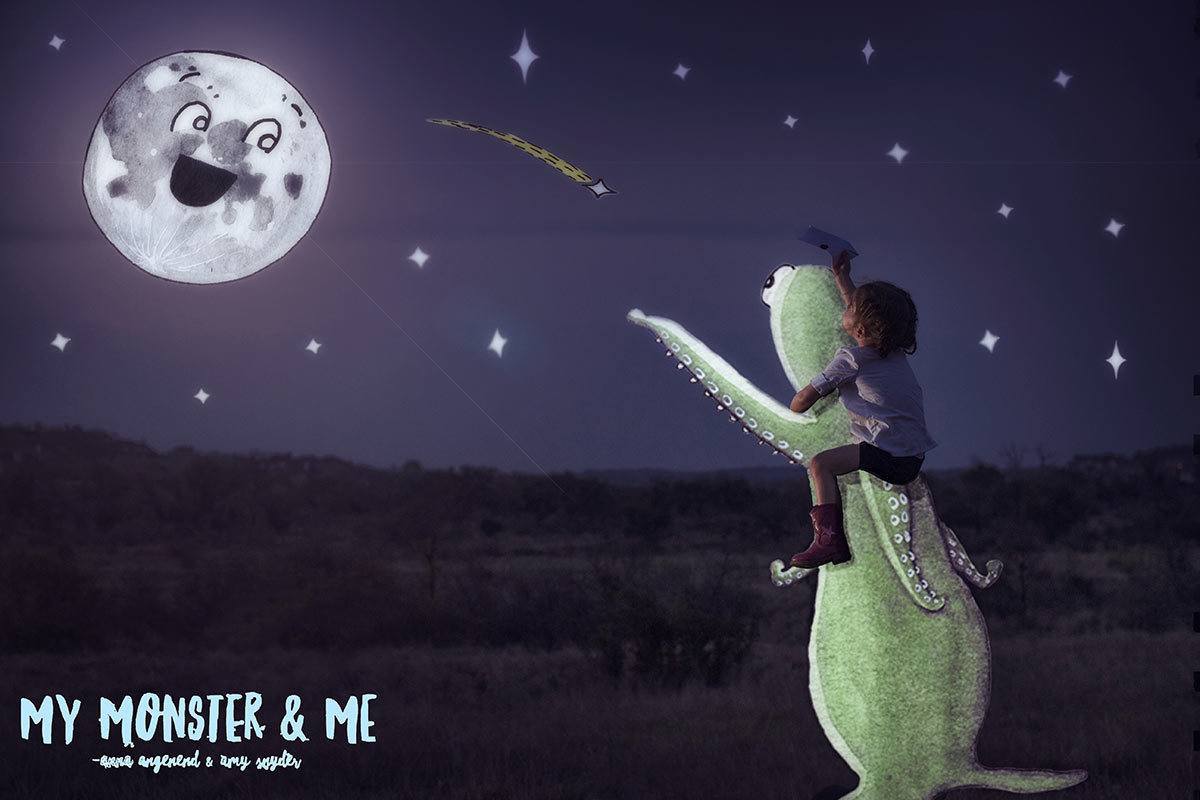 “The mama dragon is looking to see what I did to her eggs. I helped the baby dragon hatch, because babies are cute and I wanted to play with it.” — Irelyn (Age 6)

Dolores is an anxious first time mom, always checking on her eggs and her newly hatched baby. But once the rest of the eggs hatch, she’ll be a seasoned pro. She won’t even blink if one of the babies rolls out of the nest or accidentally burps up a fireball on their sibling. 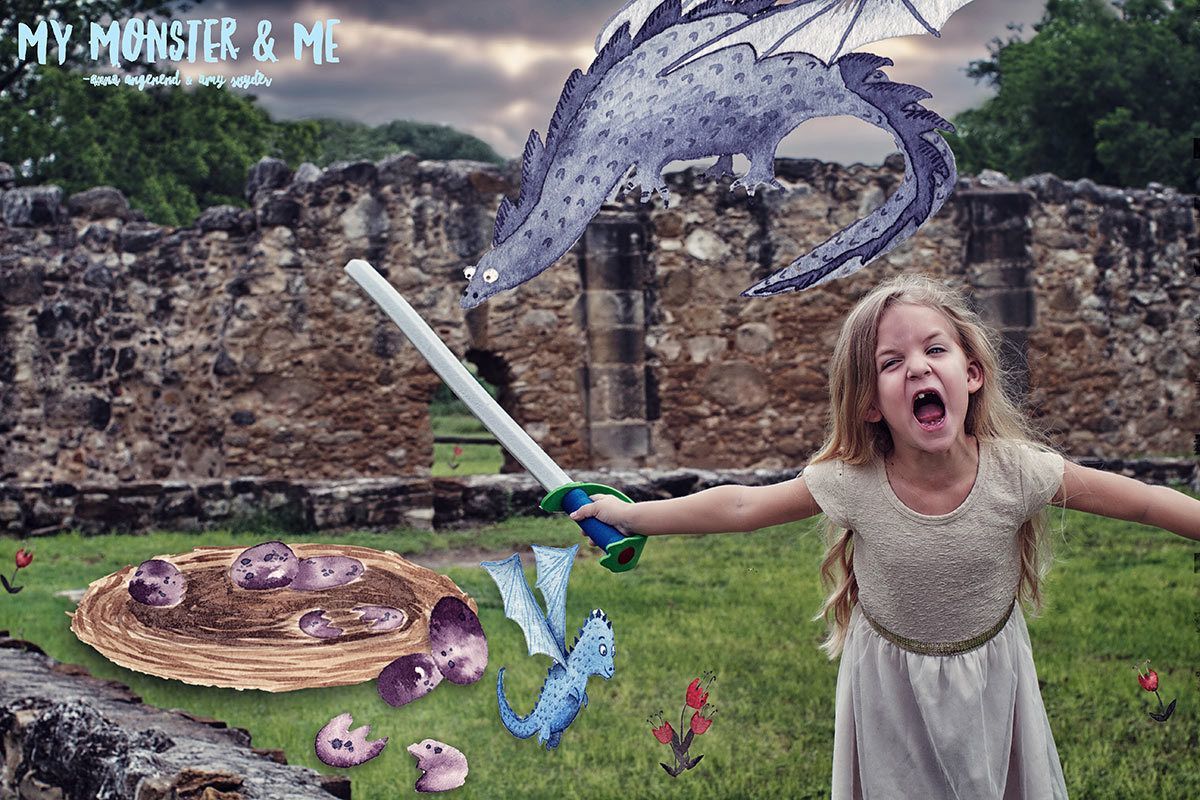 “She is waiting for me to finish drawing her picture so she can see it.” — Irelyn (Age 6)

Wendolyn is our trendy monster. She’ll never be caught with a self stick, she commissions artist to paint her. She’s an avid drinker of Kombucha. 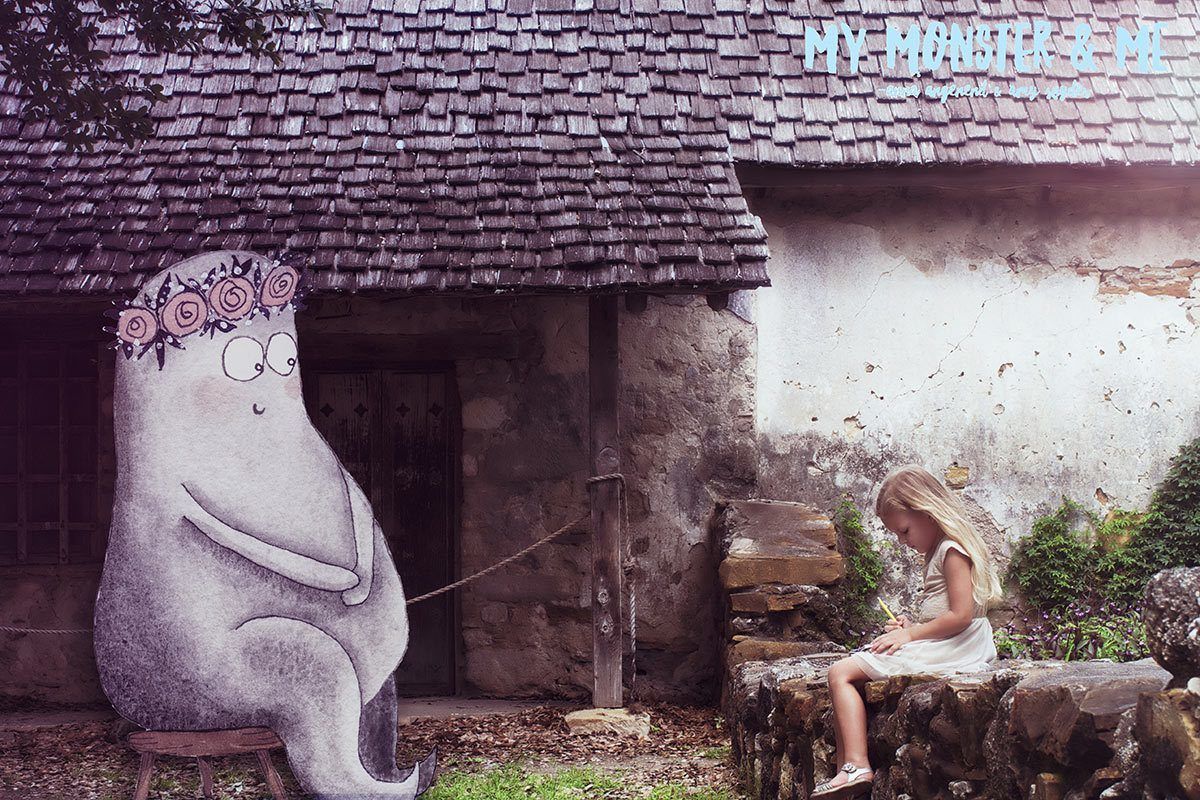 Maximus never runs out of energy, and is always on the lookout for fun, even at the cost of leaving mass destruction in his path. We’ve lost count of the times he’s cannonballed into the tub and flooded the bathroom floor. Sometimes he forgets how big boned he is. 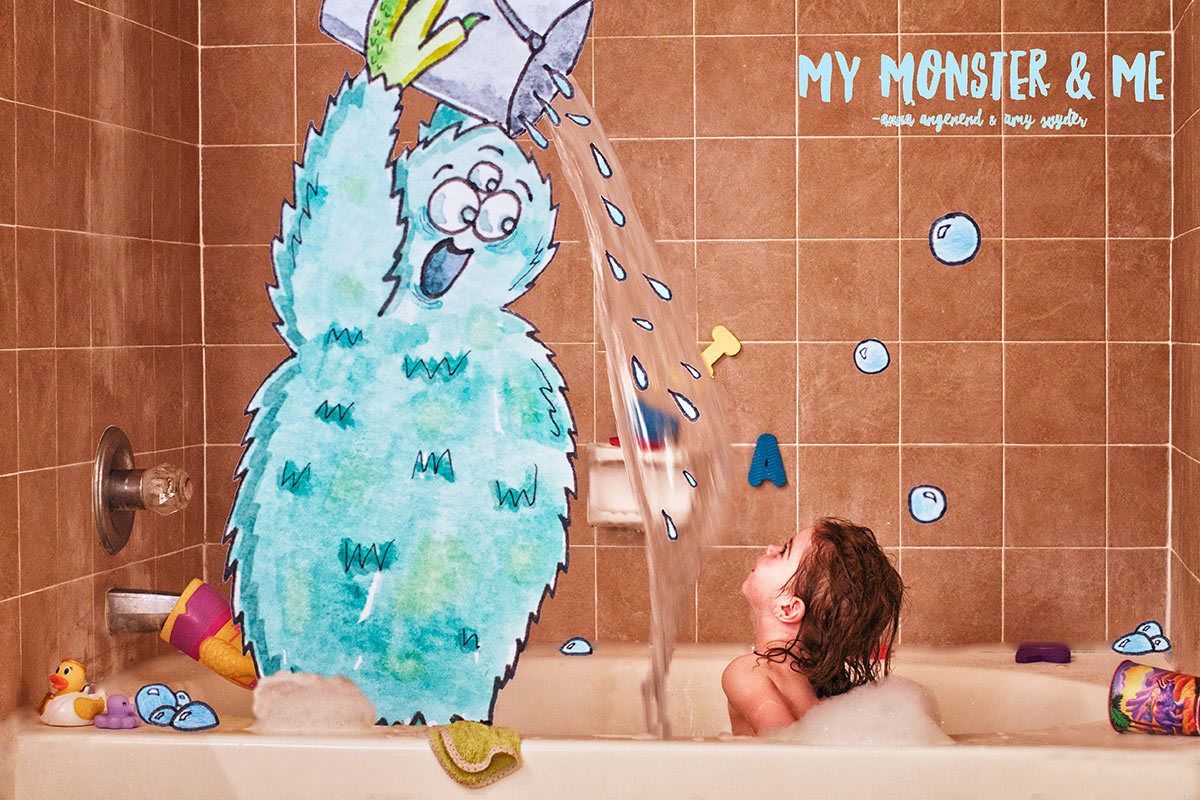 “Ow! Be careful, that hurts!” — Our Girls Every Time We Brush Their Hair

When Sheila’s peers at beauty school didn’t agree with her over-the-top flashy fashion and edgy hairdos, she dropped out and became the number one on-call beauty consultant for toddler and stuffed pet fashion emergencies. She’s just a phone call away at 1-800-HOT-MESS. 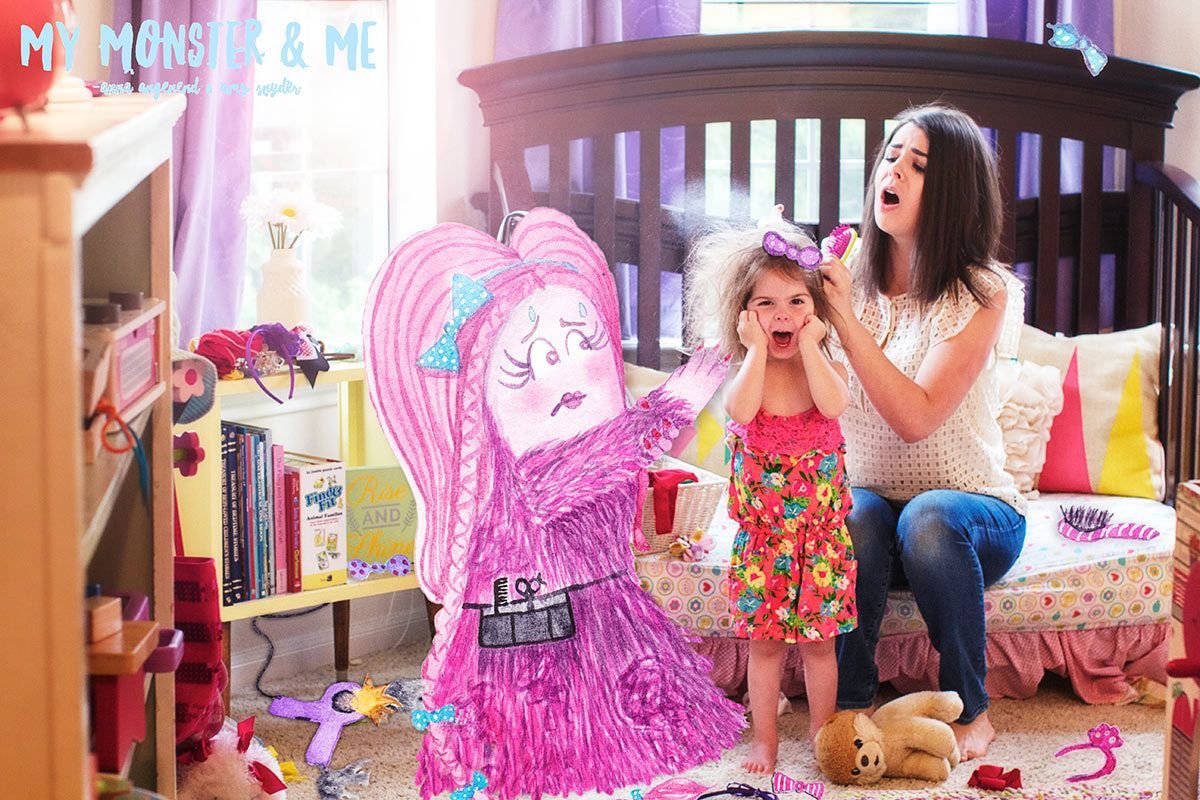 “My yellow monster doesn’t want to brush his teeth, because he LOVES his cavities.” — Mia (Age 3)

Zasby can look a little smelly and scary at first. Even though he’s a little shy from the beginning, he’s always excited to make new friends. He’ll explore your garbage can and jump in mud puddles with you, but he’ll never venture near soap and water. 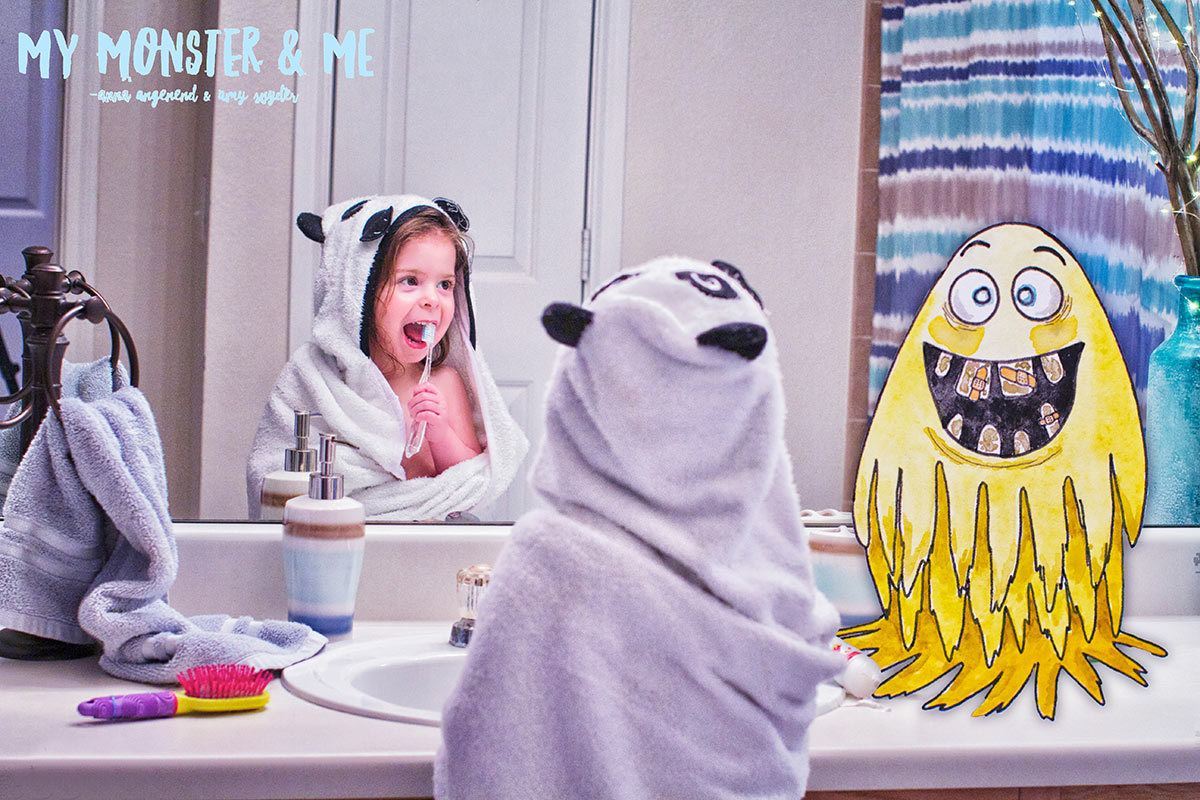 What started as shading herself from the sun turned into an exciting day of play for some curious critters in the backyard. They were amazed at the size of the humongous monster that could pick up their home with ease. The monster had lots of squishy landings for sliding and jumping and quickly became their playground.

Larry has a difficult time getting close to people, so he was really excited about his playdate. He wore his best pot and his favorite hat, and picked up a bouquet of balloons and a package of bandaids just in case. Unfortunately, things didn’t go quite as he had hoped. 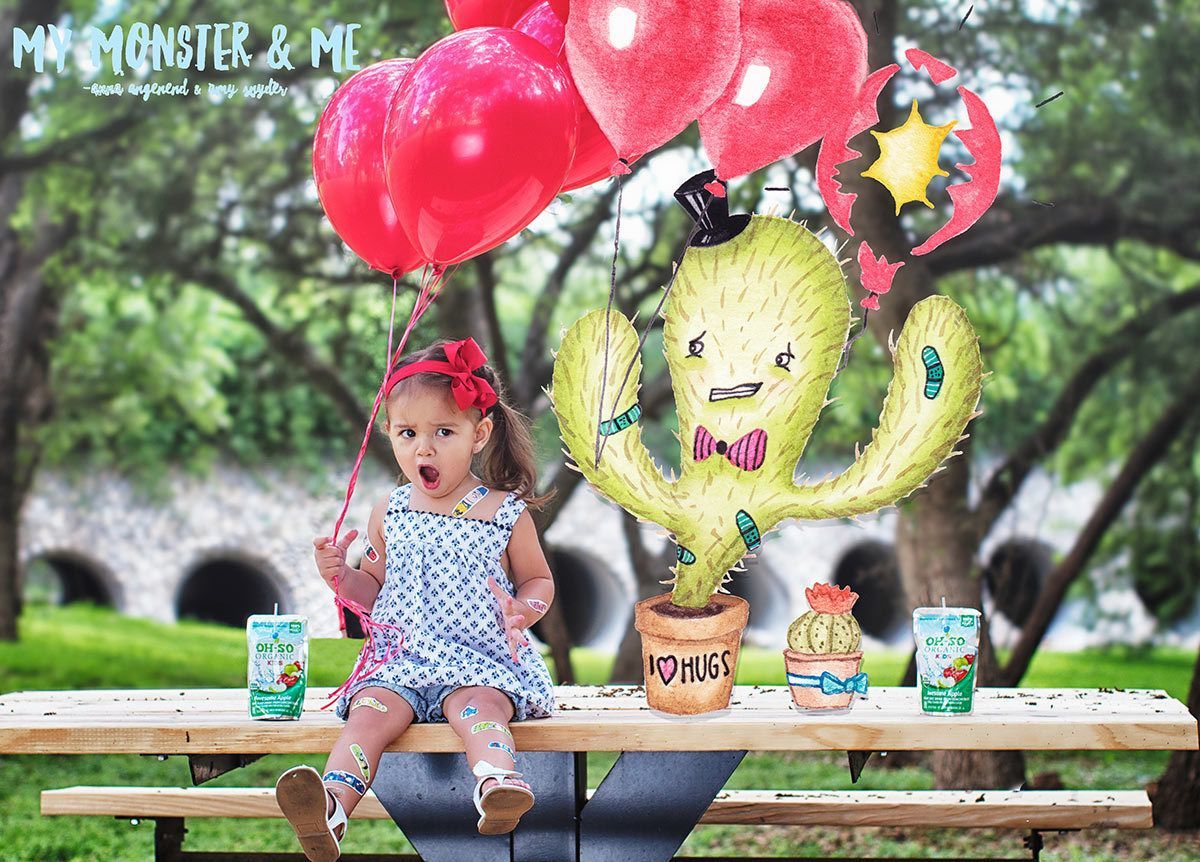 Anna Angenend and Amy Synder would love to work on the project, get in touch today!