Rattlesnake's are the worst wedding crashers EVER!

Meet newlyweds Johnny and Laura Benson, looking so happy and in love, completely unaware that they were about to have a very uninvited guest to the festivities.

The Bensons were taking post-ceremony photos at the Horsetooth Reservoir in Fort Collins, Colorado when all of the sudden, Benson said it felt like someone “kicked him in the shin.” 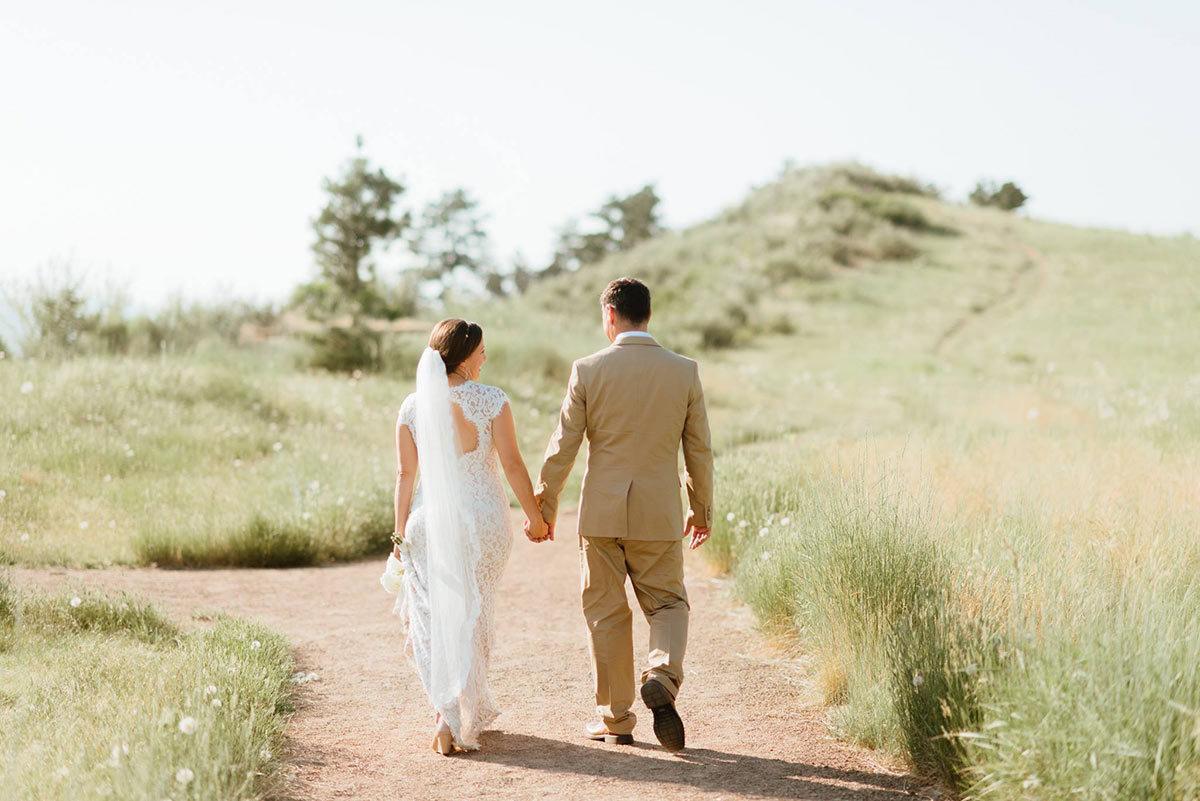 No, it wasn’t his wife, but this jerk of a rattlesnake that actually jumped out into their path and bit him on the leg.

A rattlesnake. On the leg. In the middle of wedding photos.

Their photographer, Maddie Wilbur, said the couple was about 50 feet from the parking lot when the young rattlesnake invited himself to the party. 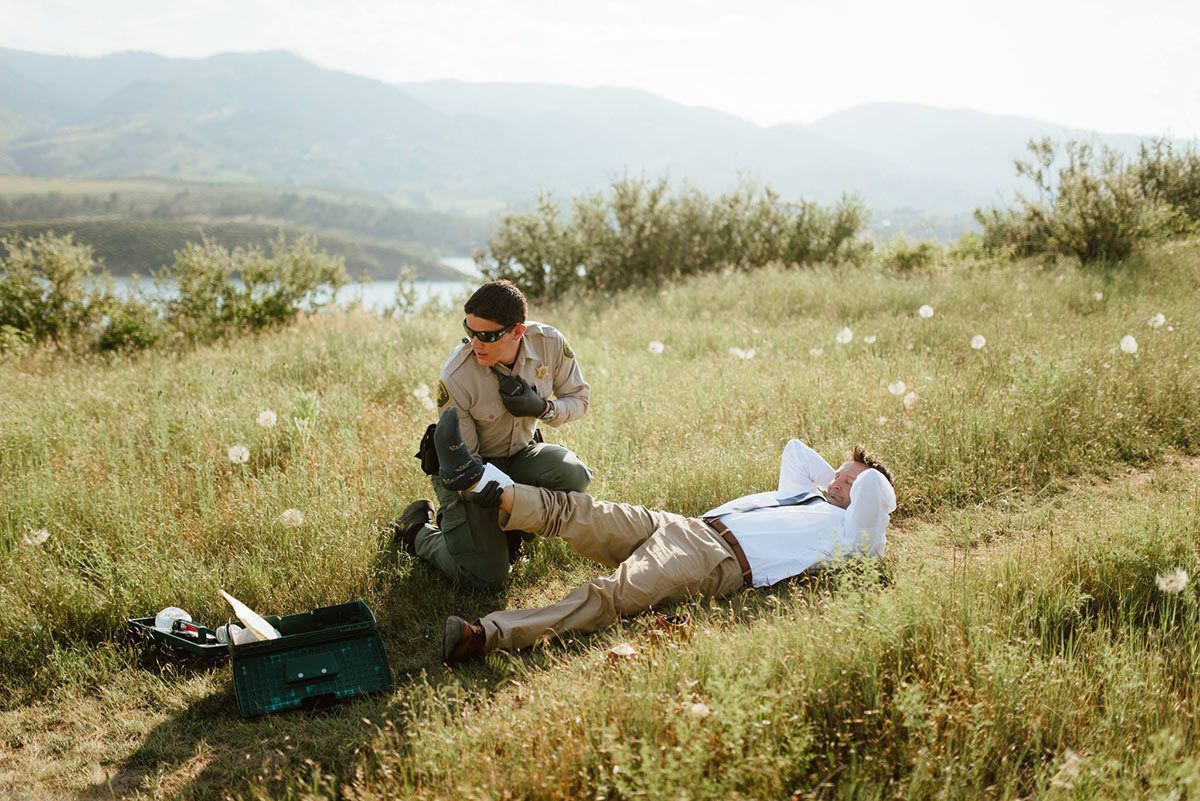 Fortunately, a Larimer County Park Ranger was driving by at the same time, and Wilbur and the couple managed to flag him down. 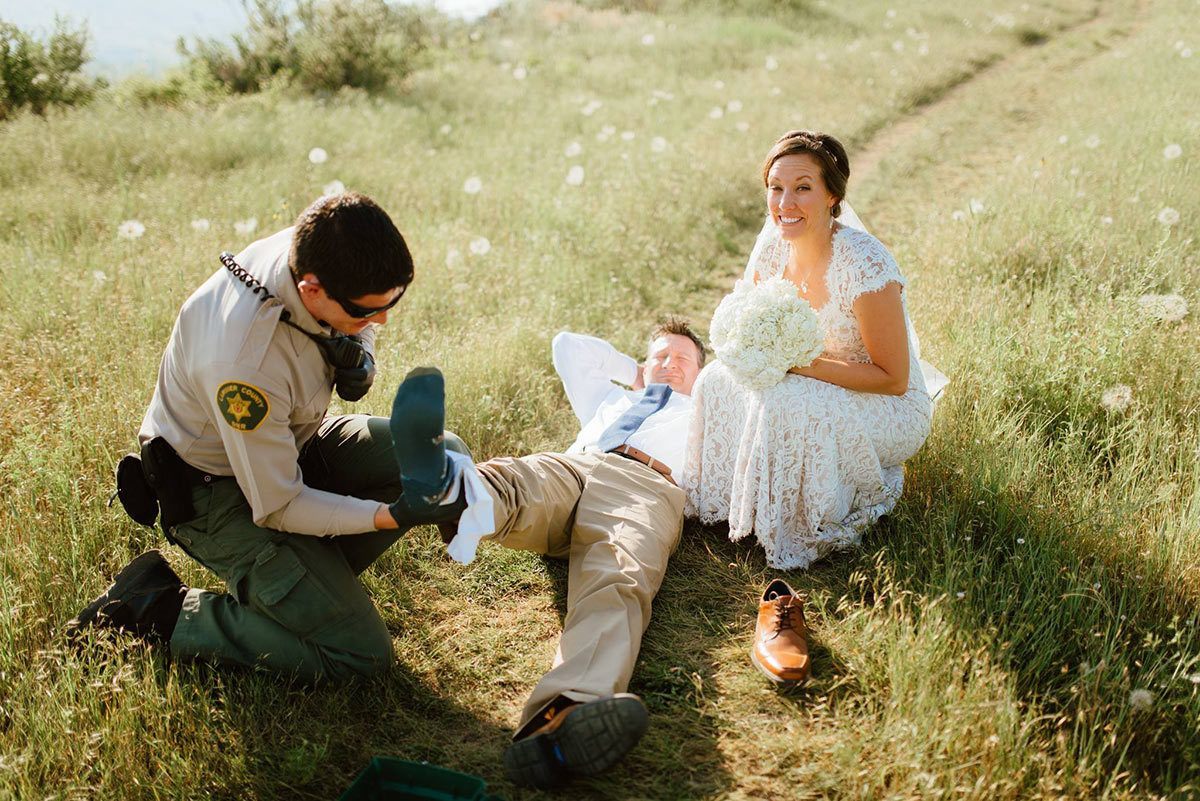 While the ranger worked on the Snake Whisperer’s leg, his wife of less than two hours got on the phone to paramedics and probably a bunch of other people with, “You’re not going to believe what just happened…”

And seeing as she was on the clock, Wilbur caught the whole thing on camera once help had arrived.

“The whole situation was so surreal, and I couldn’t really help in any way except continue to do my job and capture the story of their wedding day,” she said. “I’m glad I got to tell their story!” 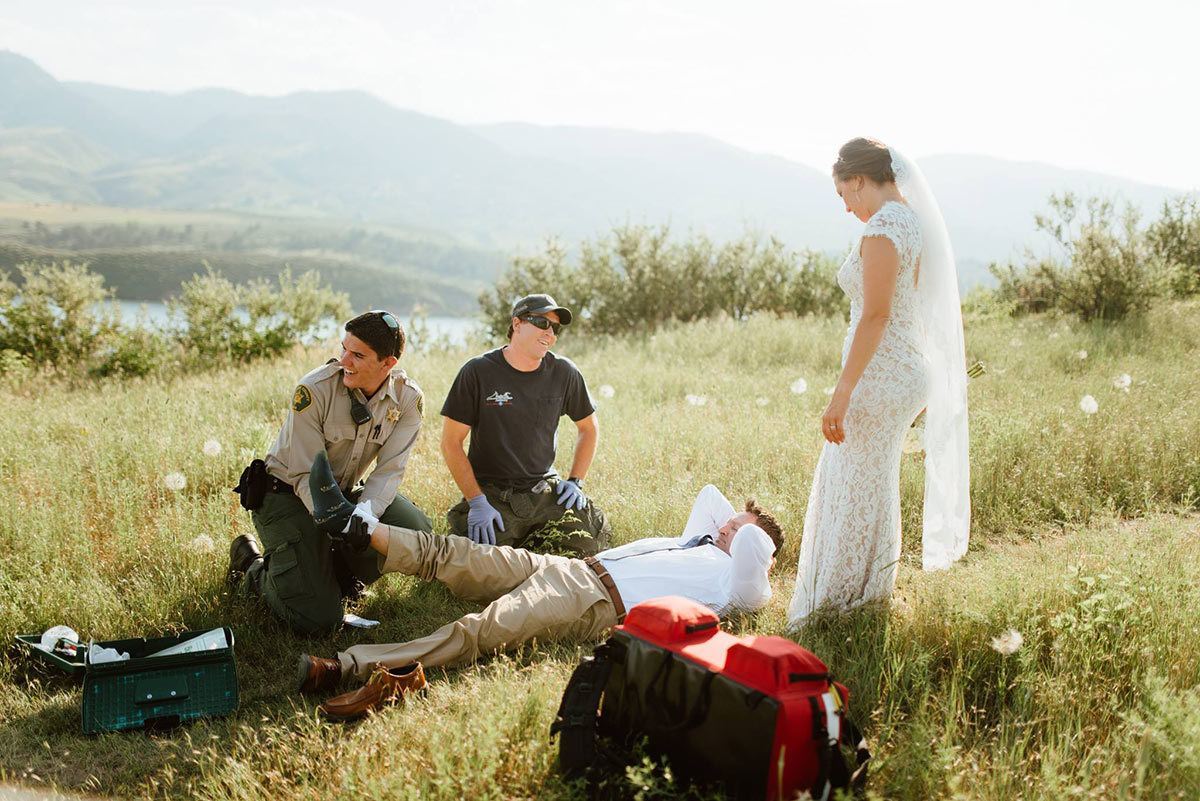 That story could have ended up much worse — things were touch-and-go for awhile — but Benson is now fine. 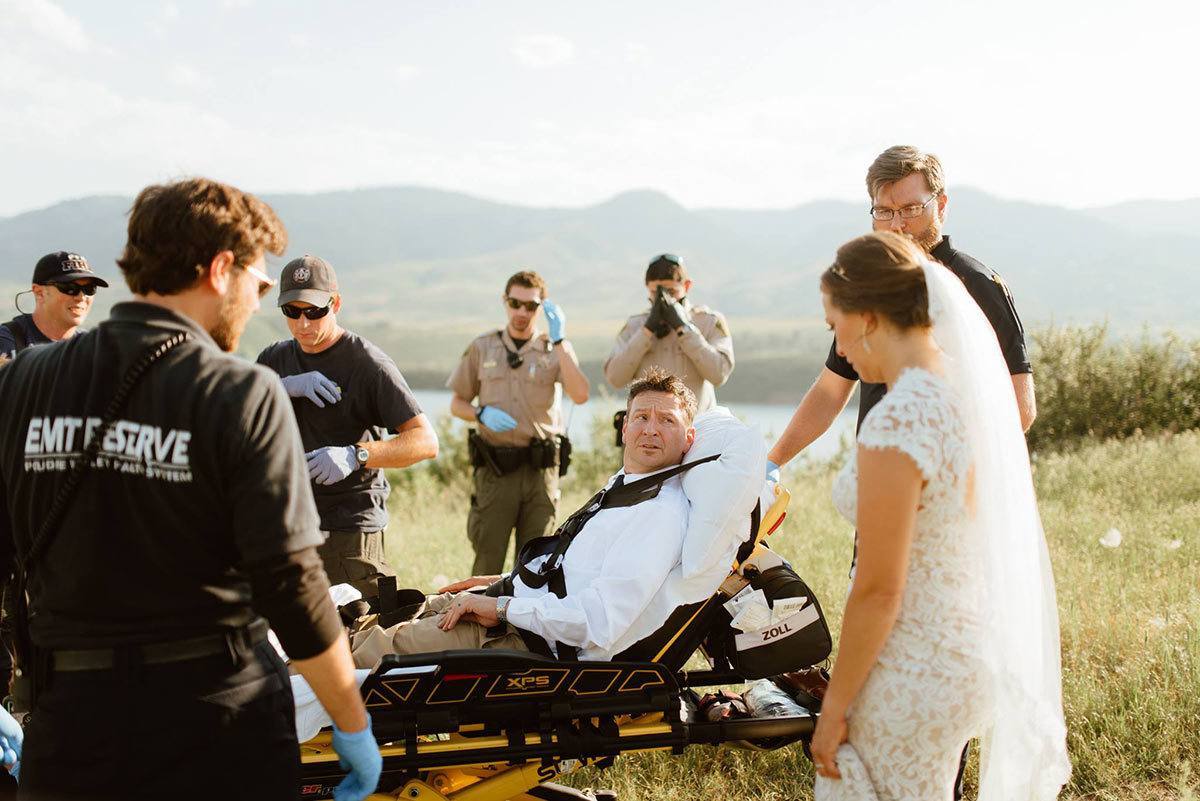 Once the ambulance brought him to the hospital, they were able to determine the rattlesnake had injected no venom, and he didn’t have any swelling or symptoms of an infection.

He did need a tetanus shot, but after the whole “rattlesnake bite” thing, I’m guessing that wasn’t too much to deal with. 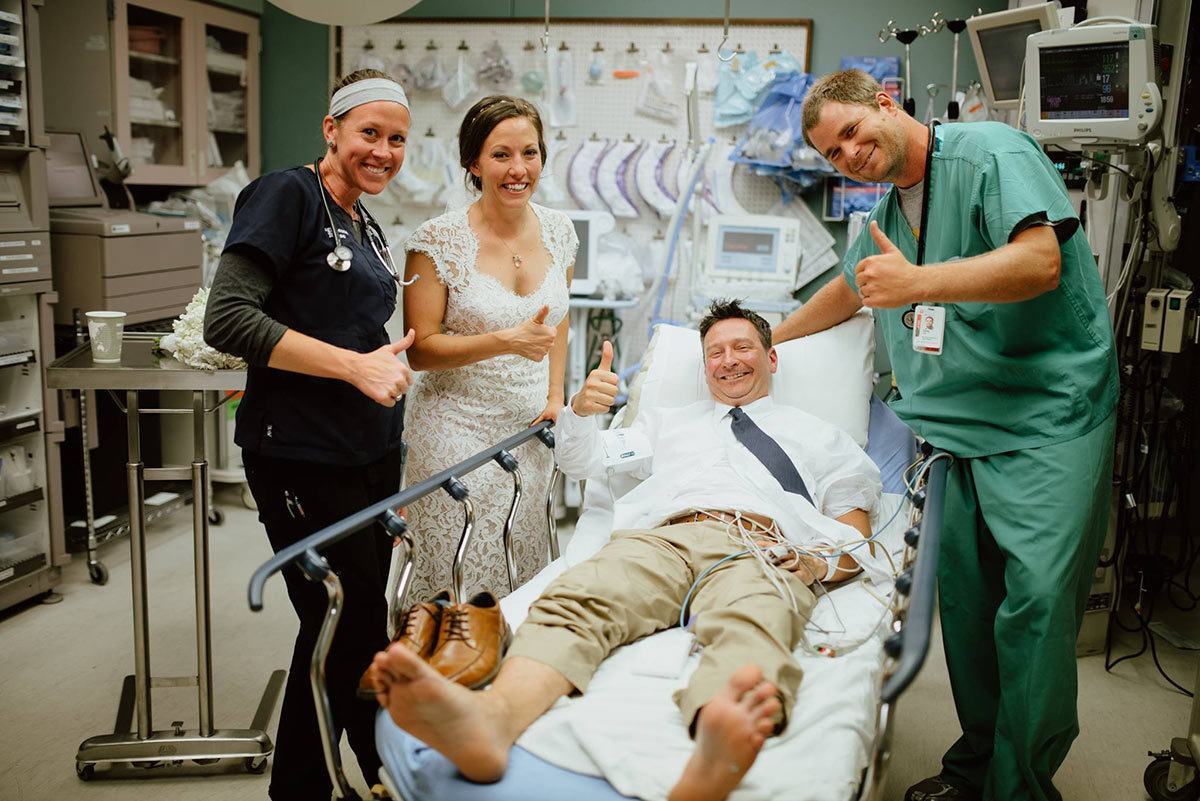 Plus, he has a nifty reminder of the experience to show off at the reception. 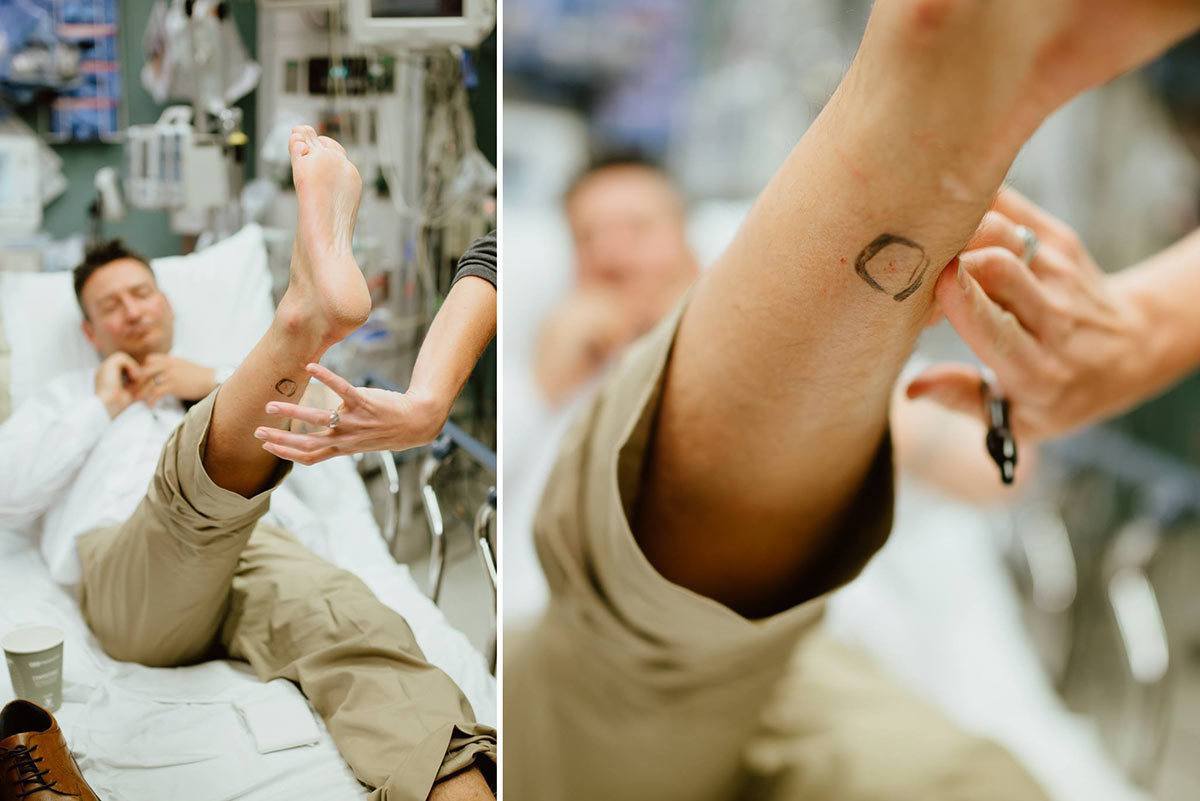 After less than 20 minutes in the ER, he was good-to-go, which meant he and his new wife made it back in time for most of their wedding reception.

“I’ve never seen such a emotional ‘grand entrance’ as all 184 guests cheered when Johnny and Laura walked in, and showered them in a sea of passionate hugs,” Wilbur said. 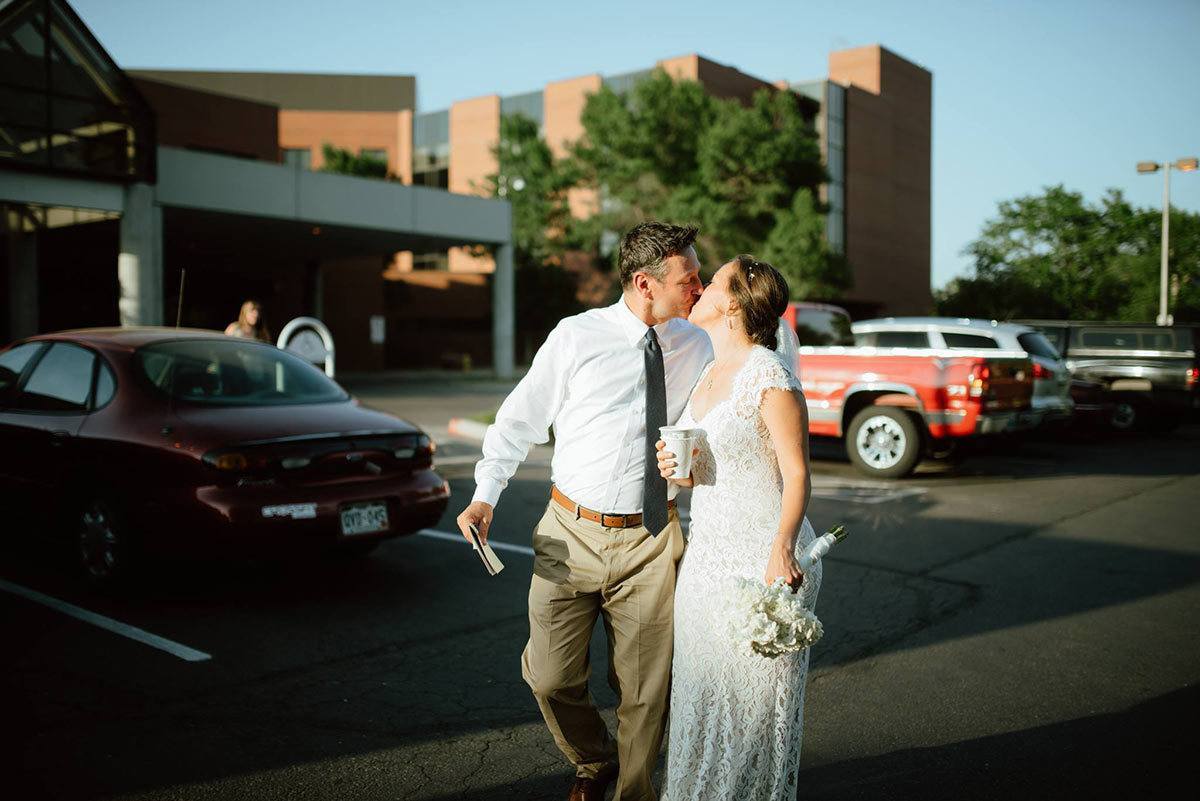 “I admire Laura and Johnny so much for staying calm, and holding each other’s hand through the first great test of their brand new marriage,” she added.

No word on if their first dance as man and wife was Def Leppard’s Love Bites, but thank goodness it all worked out okay.

Let’s hope the honeymoon is a little more relaxing. 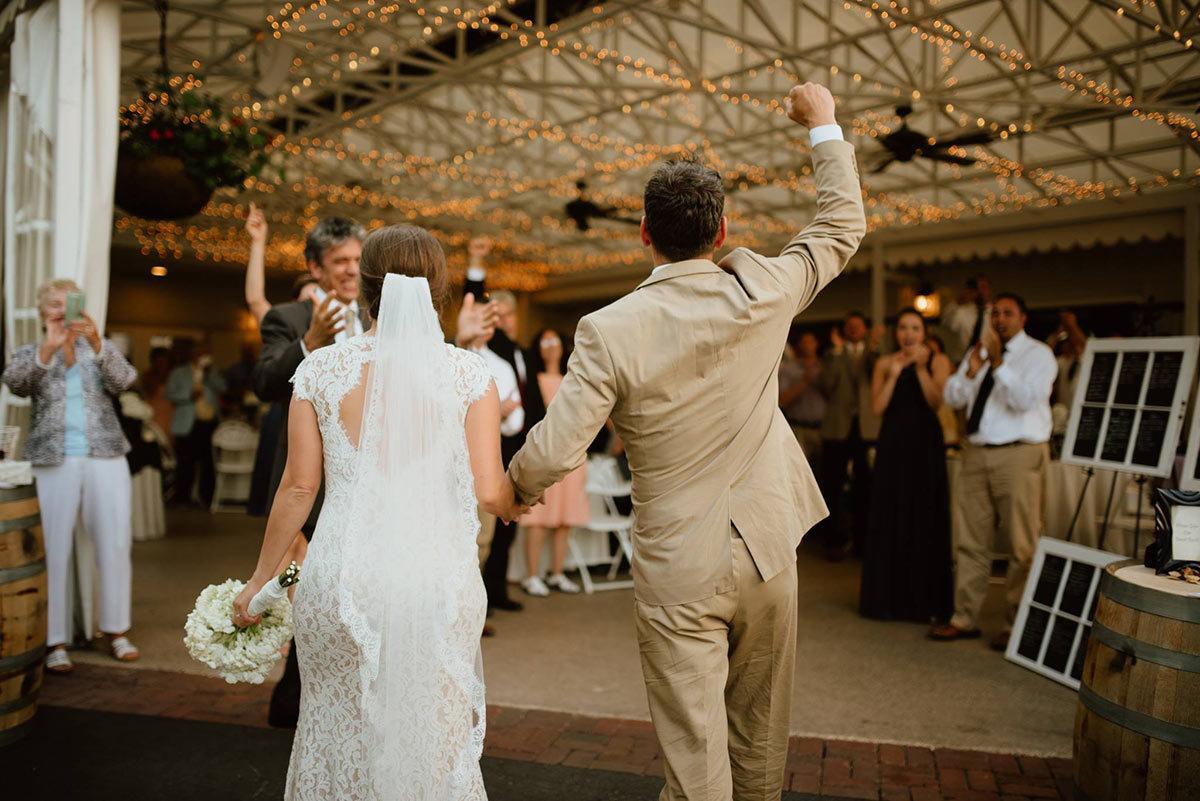